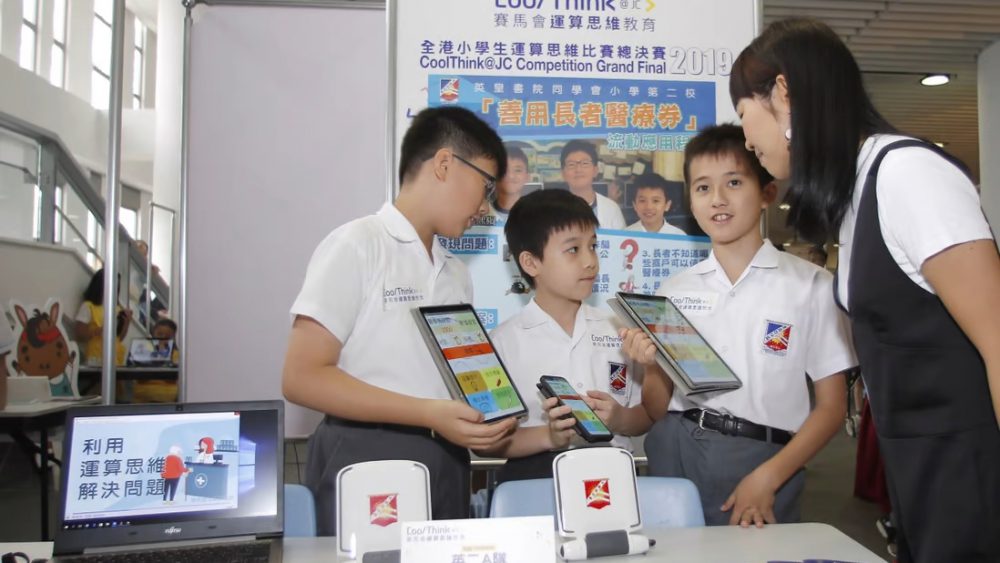 The Pearl River Delta, the mainland’s manufacturing powerhouse that built the reputation of the low-cost “made in China” label, has undergone significant change over the years. Today, it is known as the Greater Bay Area (GBA), a fast-developing region with a population of 86 million and a GDP of US$1.7 trillion. This transformation is the result of a Chinese government initiative to link Hong Kong, Macau and nine cities in Guangdong province into an integrated business and economic centre, which features a thriving innovation and technology hub.

Marjorie Yang, Chairperson of the CoolThink@JC Steering Committee and Chairman of Esquel Group, is an accomplished businesswoman who has seen these changes unfold first-hand through the global expansion of her family business, including in the GBA. Her success demonstrates how an entrepreneurial mindset and specialised skills can be used to capitalise on potential opportunities in the GBA.

“Moving forward, this GBA network of cities with various skill sets will form one of the most competitive hubs in China. Innovation is going to be a driving force, unlike the very early days of the Pearl River Delta, when the key driving force was the economic competitiveness that came from being a subcontractor,” Yang says.

The GBA is on course to become a global economic powerhouse, and developing young talents with an entrepreneurial flair will be necessary to drive the GBA’s innovation economy, and its future success.

New skills for an innovation economy

Given the emphasis on innovation in the GBA, a bigger appetite for risk will be necessary to take advantage of the region’s potential opportunities for aspiring entrepreneurs. Skills including curiosity, independent critical thinking, problem-solving, leadership and collaboration will also be essential to achieving success, according to Yang.

According to Daniel Lai, Programme Director of CoolThink@JC, the goal of the programme is to “inspire digital creativity among students and nurture their proactive use of technologies for social good from a young age.”

Lai adds: “Both parents and children can benefit by mastering technology. They are empowered to become creators of technology instead of consumers.”

The programme also trains students to develop their skills in computational thinking, which Yang views as a form of systems thinking that is based on feedback loops. By learning coding through programming tools such as Scratch and MIT App Inventor, students are empowered to take calculated risks in creation and problem-solving while also encouraging collaboration and peer learning, all of which are essential for successful entrepreneurship.

“In coding, you always make mistakes – it’s not possible to find a coder who can develop a perfect first code,” Yang says. “By going through this process as a coder with CoolThink@JC, students start to learn to live with their mistakes, rather than holding on to them. Students are no longer afraid of making mistakes, as they understand it is part of the iteration process. As they receive feedback from different sources, they learn from their mistakes quickly, and the learning cycle speeds up.”

She adds that innovation similarly requires being able to find solutions for problems, which people will be willing to pay for. “Entrepreneurship is all about solving problems, generating feedback and using that feedback to build a better product,” Yang says. “At the same time, this ties in with being able to work with others. If you have a team, then you are going to find solutions quicker than the one person who is working alone.”

Developing these skills can help lay the foundation for an entrepreneurial spirit, and prepare the next generation to jump at the opportunities that the GBA could present in the future.

Yang says that the younger generation in the GBA, including Hong Kong, is fortunate to be growing up in a prosperous part of the world. Given Hong Kong’s highly respected universities and long-standing international network, the city’s young talents are in a good position to connect the GBA to the rest of the world.

“Hong Kong has a world-class education system and the international network needed to make the GBA more competitive, both at home and abroad. Forward-looking projects like CoolThink@JC are here to empower our young people so that they will have the appetite for innovation and entrepreneurship needed to realise the GBA’s potential and beyond.”

Seeking to inspire digital creativity among students and nurture their proactive use of technologies for social good from a young age, CoolThink@JC is a computational thinking education initiative created and funded by The Hong Kong Jockey Club Charities Trust, and co-created by The Education University of Hong Kong, the Massachusetts Institute of Technology and City University of Hong Kong.

Since its launch in 2016, the CoolThink@JC project has developed a three-year curriculum for upper primary school pupils with 14 class hours per school year. It has supported 131 primary schools and 810 teachers in Hong Kong, and targets to enable almost 100,000 upper primary school students to benefit from computational thinking learning.