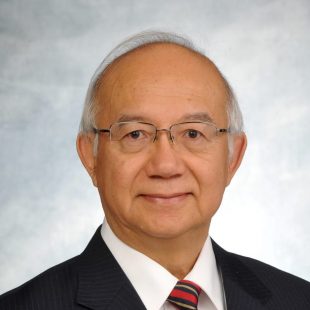 Mr. Daniel Lai is a seasoned Information Technology professional. He was appointed Programme Director of CoolThink@JC in April 2016 to support the Steering Committee in overseeing the programme’s governance, implementation, coordination, alignment, monitoring, and stakeholder’s engagement. Mr. Lai is a Professor of Practice (Computing) of Hong Kong Polytechnic University, having served as Interim Vice-President (Administration) in 2015. He is a Distinguished Fellow, member of Advisory Council and Past President of Hong Kong Computer Society and a Fellow of Hong Kong Institute of Engineers and Hong Kong Institute of Directors.

Mr. Lai was Government Chief Information Officer of Hong Kong SAR Government from January 2012 to January 2015; his responsibilities included developing E-Government and digital inclusion programmes; IT infrastructure and security; facilitating IT industry, and promoting IT in the community and the business sector.

He was the Head of Information Technology/CIO at MTR Corporation Ltd. from 1999 to 2011 where he led various business transformation initiatives. He held senior IT managerial positions at The Hong Kong Jockey Club (HKJC) in Hong Kong and Australia between 1978 and 1999, and played a key role in HKJC’s computerization journey.

Mr. Lai contributed significantly in promoting the development and application of IT in Hong Kong and the region; he has held many positions in public services and educational institutions. In recognition of his contribution to the development and promotion of IT, he was awarded Bronze Bauhinia Star (BBS) in 2004, and appointed a Justice of Peace in 2001. He has also received many local, regional, and international CIO Awards.